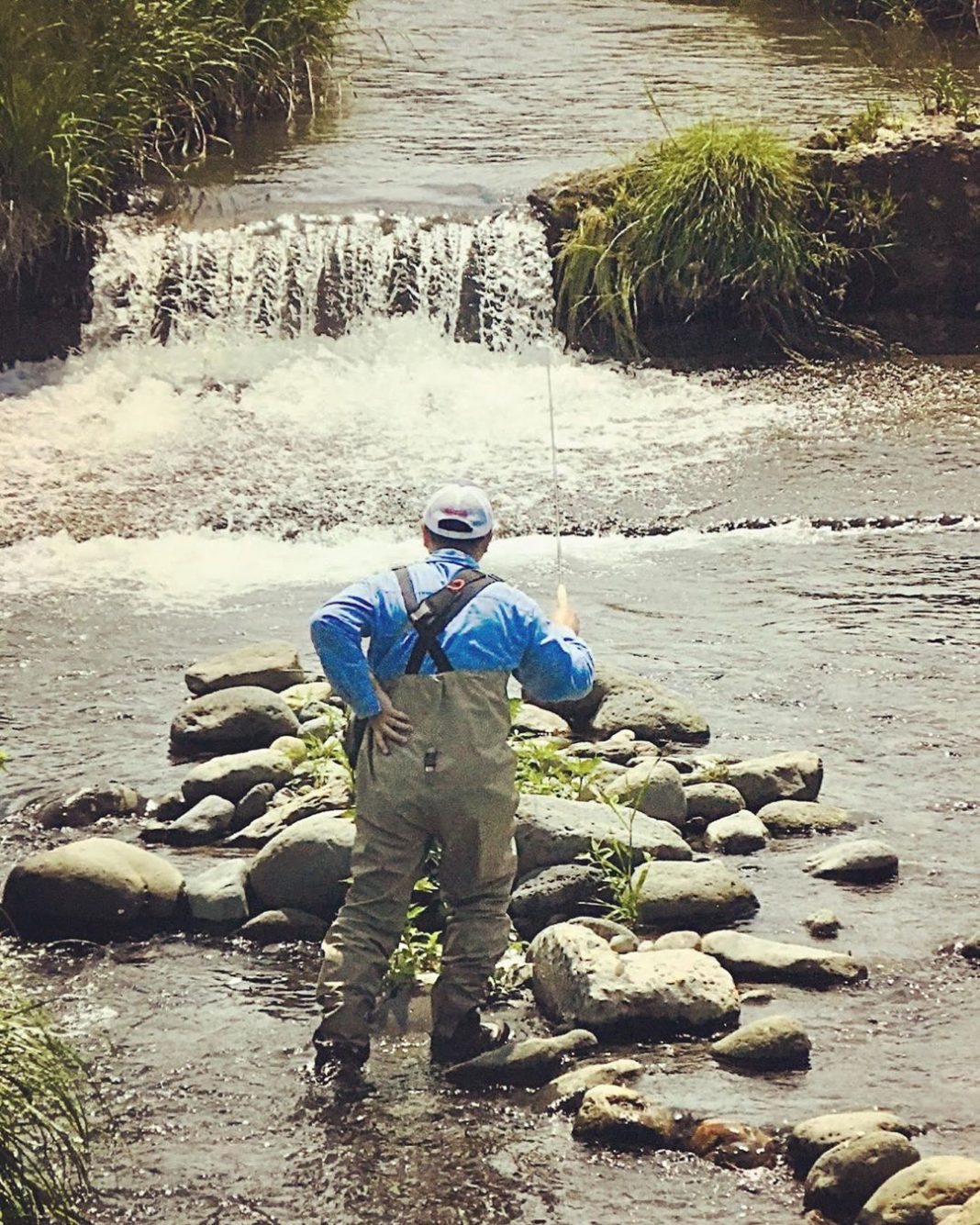 Small creeks often leave anglers holding their heads low, cursing the hike in and out, surrendering to the perception that these highly balanced gems are nightmares. Fortunately, dreams of solitude and native trout come true here, however, a small sacrifice must be paid for these dreams.

Great physical and mental demands may be placed on a body, scratched up arms, scraped knees, unexpected branches in the face and casting headaches in tight quarters. Experiences like these result from failure in preparing for such encounters. The following tactics have all been proven effective on small streams, study them, learn them and practice them.

1– Spooked fish are hard to catch. Scared trout run for their lives, giving up morsels of food drifting by while seeking shelter. Even the greatest anglers can’t catch spooked trout.

2– Approach the stream quietly with soft feet. Sound echoes through clear water 4-5 times greater than air. Heavy loud foot steps send out an early alarm that an intruder is approaching.

3– Implement the “Closer-Lower” Method; The closer you approach the water, the lower to the ground you must be. Avoid big sudden movements.

4– Find cover behind boulders, trees and their shadows. Hiding your profile behind natural objects will help keep you out of the trout’s sight.

5– Keep your rod parallel to the ground, with the tip behind you. The last thing you want to do is sneak up on a rising trout only to spook it with your rod tip reaching 8 feet in-front of you.

6– Show your rod only when your ready to cast, keep it’s shadow off the water. The slightest unnatural object or shadow is enough to send trout up-stream.

7– Use the longest and lightest leader/tippet possible. Light tippets appear almost invisible to trout plus allow for a cleaner drift. Fluorocarbon leaders and tippets reflect less light than monofilament.

8– Delicate presentations and drag free drifts are a must. Most insects hatch without so much as a dimple on the water, your presentation must imitate the insects as well. Free floating insects are often trapped in the current and don’t create much commotion.

9– Casts include; Roll casts, sidearm casts, bow-n-arrow casts, and fly dabbing. A solid casting repertoire allows you to cast in virtually every situation. Be creative when casting in tight spots. 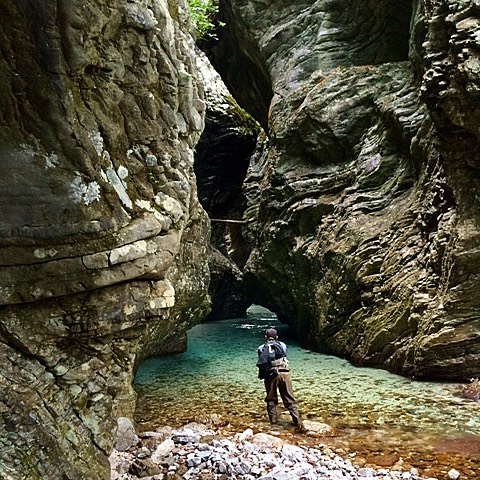 10–Prevent your shadow from looming over the waters. Trout know what shadows are natural and what shadows just appear out of no-where. A sudden shadow alerts trout.

11– Maintain a level head approach. Don’t panic, as you approach a pool have a game plan laid out. If you pooch the pool move onto to the next one with a new game plan.

Small streams and creeks require a high degree of delicacy which is next to impossible to learn on a large river. Fishing small streams bring a closer contact with Mother Nature. Unfortunately, this closer contact means nervous trout but then again what a great challenge we are presented with, trying to fool Mother Nature and wild trout. Novice anglers and those less acquainted with small beautiful gems should take time to learn these tips and avoid being the proverbial bull in a china store.